The state of New York has the 4th largest population in the country. With over 19.5 million residents, the state is home to many businesses as well. The thriving business climate of the state, especially New York City, contributes to its infamously high cost of living. However, other areas, such as Albany, enjoy comparatively lower rent prices.

Many New York City residents forgo cars and taxis due to high costs and extremely bad traffic, opting to walk, bike, and ride public transportation instead. Between the high foot traffic and frequent standstills on the road, LED signs in New York City can reach hundreds of people each day.

As the home of Wall Street and rising skyscrapers, New York is known as the business capital of the United States. It is the 5th most entrepreneurial state in the country, as well. New York’s gross state product totaled $1.737 trillion as of 2019 — which is comparable to or even above the GDP of countries like South Korea and Canada.

New York City alone dominates both the state and the country as a leader in several fields, including finance, media, and advertising.

The Small Business Mecca of the U.S.

The state’s diverse population also comes into play. Over 700,000 small businesses are minority and women-owned in New York. The state even has plenty of thriving microbusinesses, companies with less than 25 employees.

From delis and hotels to the iconic Times Square and Chinatown, LED signs in New York City are almost everywhere. The flashing lights and hundred feet-high LED signs are a testament to the value of LED signs for any business looking to make it big.

Whether you are based in NYC or anywhere else in the state, you’ll need eye-catching New York LED signs to grow your business successfully. Competing with the many established businesses, both big or small, in the state is hard if you can’t attract the attention of your target audience.

Almost all types of businesses — from convenience stores and theaters to hotels and educational institutions — use signs to get people’s attention, announce news, and more. GET A FREE QUOTE

Types of LED or Outdoor Signs in New York

At Guthman Signs we understand that signs are used for many different purposes. Since we offer a variety of sign types, we’re confident that you’ll be able to find a sign that will fulfill the specific purposes of your organization here in New York.

We want to make sure that you are satisfied, understand all of your options, and get the most for your money. We’ll make sure that you are satisfied and understand all of your options before making your final decision. New York’s LED signs can be an investment. Here is a closer look at the signs we have for you and the different purposes they can fulfill: An LED business sign enables you to target an even larger audience. The right business sign can dramatically increase your company’s exposure. A creative sign in the right location can garner even more attention and curiosity of those passing by. A lot of times the idea of a sign for a church is overlooked but it can be an effective tool for helping your church grow. Displaying upcoming events and service times on an LED sign can increase attendance and help the community feel included and involved. 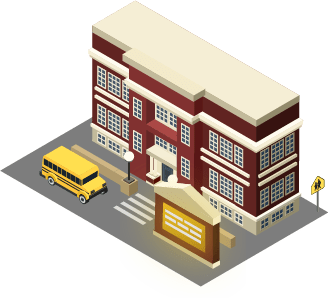 There are so many different things constantly happening at school. Whether it’s conferences, schedule changes, or other events, you can help make sure everyone stays in the loop with an LED sign that displays this information. Placing it in a central location will allow you to catch the attention of everyone as they enter, leave, or drive by the school.

Here is a great resource that we have found rather helpful to quickly check the requirements for signs in any city in New York. If you still have questions, please contact us!

READY TO GET STARTED WITH YOUR NEXT SIGN PROJECT?

We are digital signage experts. Let us help you make a well-informed purchase for your next LED sign board.

Let us help you make a well-informed purchase. Contact Guthman, your digital experts, for the best LED signboards in the industry.